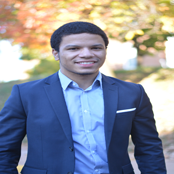 Earlier this month, CNN hosted a Democratic Debate in Flint, Michigan. At this debate, Anderson Cooper asked the candidates, “What racial blind spots do you have?” Senator Bernie Sanders answered, “when you’re white, you don’t know what it’s like to be living in a ghetto. You don’t know what it’s like to be poor. You don’t know what it’s like to be hassled when you walk down the street or you get dragged out of a car.” This statement sparked a storm of social media responses to Sanders’ comments. Many pointed out that Sanders’ remarks seemed to equate the experiences of people of color with that of lower-income people. Of course, I agree that the experiences of Black Americans include experiences without poverty. However, it seems that many are also downplaying the role economic oppression has on Black communities and communities of color across the nation.

One person whose reaction received attention from a variety of media outlets is Joy-Ann Reid, an MSNBC national correspondent and political commentator. Her response was covered by multiple media outlets and shared across social media platforms. Reid claimed that only 28 percent of African-Americans live in poverty. That statement was used to debunk Sanders’ implication that all Black people are poor. Reid’ statement is verifiably true. However, it refers to Blacks living under the technical definition of  “poverty.” That is, the 28 percent statistic refers to people living within a certain income bracket, not general poorness. Poverty is the most extreme state of destitution. In other words, there are still many others who are poor but not living in poverty.

In all likelihood, Sanders use of “ghetto” was likely not referring to only Blacks living in “poverty.” Rather, Sanders’ use of “ghetto” was probably a reference to “a part of a city in which members of a particular group or race live usually in poor conditions.”  Reid’s use of the 28 percent statistic to debunk Sanders’ implication also insinuates that only 28 percent of African-Americans are affected by poverty, downplaying the role of economic marginalization in the lives of Black families. While 28 percent is already disproportionately high, the reality is many more Blacks are affected by poverty and general poorness than the statistic indicates. Poverty and the broader category of general poorness affect not only those within certain income levels but also those who live around poor people.

At Stanford University, researchers found that poor Whites tend to live in more affluent neighborhoods than middle-class Blacks and Latinos. This finding indicates that middle-class Blacks and Latinos often have to contend with the issues facing their lower-income counterparts. These issues include poor-performing schools, higher crime rates, fewer job opportunities, and a broader array of obstacles.  Meanwhile, poor Whites are able to reap the benefits of living in a middle-class neighborhood, including higher quality schools, smaller crimes rates, and more job opportunities. This finding proves that poorness does not solely affect those who fall within a certain income bracket. Rather, poorness can and does affect those who live around poor neighborhoods.

Although they may not be monetarily poor, middle-class Blacks do suffer from poorness in an indirect and social manner.  In that sense, many middle-class Blacks (though not all) are poor, resulting in a number that is likely much larger than Reid’s proposed 28 percent. After all, what good is money if the obstacles around you hinder your quality of life? In fact, research from the Brookings Institution shows that 70 percent of Blacks born to middle-class families will end up in a lower class position than their parents. Two of the causes for this unfortunate trend? Residential segregation and educational attainment. As I mentioned earlier, poor neighborhoods, which middle-class blacks are often relegated to, tend to provide residents with fewer opportunities to move up the social ladder than wealthier neighborhoods. For example, since job opportunities are sparse in lower-income neighborhoods, many people often turn to crime. Crime leads to many getting arrested. When released from jail, these formerly middle-class Blacks face legal discrimination on account of being a felon. This discrimination often leads to fewer job opportunities, forcing many of them back to crime, which eventually leads to another arrest. Afterward, the cycle continues.

Though Reid is right to say that only 28 percent of Blacks live below the poverty line, poverty and general poorness affect a much greater proportion of African-Americans than the statistic suggests. I agree that not all Black people and other people of color are poor. However, we must be careful to not downplay the impact of poverty and general poorness on families of color. Poverty strips both middle-class and lower-class African-Americans of educational, social, and economic opportunities, casting them into a cycle of social immobility.