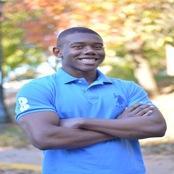 Earlier this month, violence erupted at a Donald Trump rally in Tucson, Arizona, continuing a trend that has occurred throughout the candidate’s run for the presidency. At this rally, a man dressed in an American flag shirt and holding a sign with Trump’s face and the slogan “Bad for America” was being escorted by police officers from the rally when a protester was pulled to the ground by a Trump supporter and beaten. The assaulter was promptly arrested. A few supporters can be seen cheering on the assaulter. Given this is not an isolated incident, I believe it is time for the Republican party to disown Trump to prove that advocating this sort of behavior is not tolerable.

This incident is not the first time that violence has broken out at a Trump rally. Last October, pro-immigration protesters from Florida International University were dragged to the ground and kicked by security guards while members of the audience cheered. Another notable incident occurred at a Trump rally in Fayetteville, North Carolina. As protester Rakeem Jones was being escorted out of the rally, Trump supporter John McGraw approached Jones and punched him in the face. According to Cumberland County Sheriff Office spokesman Sean Swain, McGraw was charged with assault and disorderly conduct. In a subsequent video, McGraw is seen defending his actions, claiming that Jones “deserved it” and warning, “the next time we see him, we might have to kill him.” Trump’s response to this behavior has largely been mute and, at times, encouraging. At one point, Trump vowed to pay the legal fees of protesters should they face criminal charges. Since this incident, Trump has denied offering such a proposal. Trump clearly lacks the character and moral decency that we would expect from a chief executive, yet many on the right continue to enable him.

Not all Republicans are supportive of Trump’s antics. Senate Majority Leader Mitch McConnell has already encouraged Republicans running for re-election this November to distance themselves from Trump, boasting that the party would “drop him like a hot rock” in the general election. Senator Lindsey Graham (R-SC) was even more candid, claiming that Trump is “one of the dumbest human beings” he has ever seen. Yet these actions do not appear to be in agreement with the actions of other party leaders. New Jersey Governor Chris Christie and Florida Governor Rick Scott have both endorsed Trump, the latter of whom called upon the party to “accept and respect the will of the voters and coalesce” behind Trump. Even House Speaker Paul Ryan (R-OH) has pledged to support Trump in the general election despite his criticism of Trump’s proposal to ban all Muslims from entering the United States. While I understand that Ryan is expected to support his party’s presidential nominee, his decision to support Trump only confirms that the Republican leader is unable (or unwilling) to take a firm stand against the radical elements within the party.

Trump’s success has merely shown how far the Republican Party has drifted away from its original values. It appears inconceivable that Trump is part of the same party that overwhelmingly voted to outlaw segregation and protect black voting rights. Indeed, it was Republican Senate Minority leader Everett Dirksen who led the fight to end the Senator Robert Byrd’s (D-WV) filibuster of the Civil Rights Act. It is with this history in mind that Ryan and other influential Republicans should denounce Trump and refuse to support him in the general election.
Denouncing Trump and his actions will not only prevent a radical takeover of the party but also disprove the notion that Republican values conflict with minorities’ interests and halt a wave of radicalism that is threatening to purge the last remnants of centrism from the party. For years, Republicans have spoken ill of political correctness, allied themselves with right-wing extremists, and defended those affiliated with white supremacist organizations. For moderates such as Ryan, now is the time to re-invoke the GOP’s prior history, and take back their party.