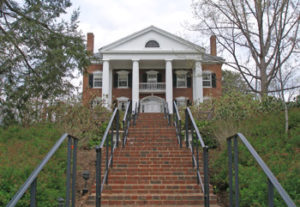 On September 15th, James E. Ryan, Dean of the Harvard Graduate School of Education, was announced to be the next president of the University.  It is definitely time for a new president. The question at hand: is this change in office going to be a continuation of the University’s previous era or is this change going to inspire a new step in the direction of advancement?

President-elect Ryan is the most recent beacon of hope for the University. His main goal is to use educational reform as a catalyst to change society. He is quoted as saying, “I know this sounds cliché, but I honestly care most about making a difference in the world, and I believe in the power of this institution to make the world a better place.” Isn’t that just a breath of fresh air?

It is interesting to gain the perspective and expertise of a person who honestly thinks outside of the small area known as Grounds. While he definitely comes from a place of privilege, he seems to be interested in social advancement on Grounds to foster social advancement elsewhere, which is always appreciated nowadays. He claims to believe in the importance in both acknowledging and fueling diversity, and that seems to be one of his goals for his term. But we truly will not know anything until he takes his position in the fall of 2018.

From my perspective, it feels especially necessary for a new president. The current president, Teresa Sullivan, recently had another snafu in her response to the protesting of the Thomas Jefferson Statue near the north side of the Rotunda. Her offending action occurred when she sent out emails in an attempt to reshape the narrative of what happened that night. The first email was filled with empty words that were clearly an attempt to pacify the protestors. In the second email sent to alumni, Sullivan made different claims and expressed her thoughts on the matter in a different way for the students and staff. This, combined with the limited conversation about matters of domestic terrorism at the University, makes me feel like change is necessary.

As a first-year who is just beginning to learn her way around the University, I feel that the actions the University takes should be in the best interest of the students. But the more time I spend on Grounds the less secure I am in this belief.  This is why for the Black students at the University, in particular, the new president represents the future of the University. Based on his statements alone, James Ryan has the potential to be a president who is willing to continue the conversation about race on Grounds. This change in power might make students like me feel more welcome at the University.