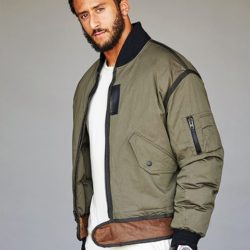 By Brandon Brooks Two weeks ago, San Francisco 49ers quarterback Colin Kaepernick ignited a media firestorm after refusing to stand during the National Anthem. Kaepernick, who is biracial, justified his actions by saying that he was not obligated “to stand up to show pride in a flag for a country that oppresses black people and[…]